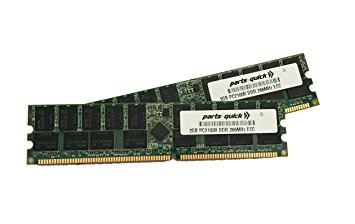 What is DDR SDRAM memory?

This form of memory transfers data at twice quicker than traditional SDRAM memory. In other words, data transfer twice per cycle not only on the rising but on the falling edge of the clock signal. Due to this, the data rate doubles without increasing the clock frequency of the memory signal, i.e. the operation runs at the same clock frequency.

In SDRAM the memory core and buffers operate synchronously at the same frequency while DDR-RAM transfers two bits per clock cycle. This mode of operation is possible if these two bits are available to the buffer IO at each memory cycle. Thus, two independent transmission lines from the memory core are used and bits come to the data bus in a desired order.

Arrays and Banks of DDR SDRAM

Synchronous dynamic random access memory is consists of multiple arrays of single-bit storage sites that are arranged in a two-dimensional structure. This structure is formed by the intersection of individual rows and columns called banks. They provide  memory space and allow the control process and other system components with direct access to main system memory to write and read data to and from a storage location.

Taking into account the memory origin and its differences, all other fundamental aspects of DDR-memory has not changed: the structure of several independent banks allows combining data from one sample bank with the address of another bank, it is possible to have two open pages at one time.

–    A row is opened by an activate command in the first bank.

–    The second bank is activated in a second command.

–    When the rows are open, the commands “Write” or “Read” should be sent to columns in the rows in banks.

–    When these operations are completed, a precharge command is sent immediately that closes the row and open bank areas.

–    The memory is ready for the next command.

As DDR memory is becoming widely used for different applications that require fast processing of huge data amount, users want it to operate fast but it depends on the power. In turn, the power depends on the number of open rows. If you want to gain a fast operation, you should open a lot of rows together but this consumes more power. If you open one row in each bank, you’ll get low operation. Thus, when the clock rate increases, the power consumption also grows.