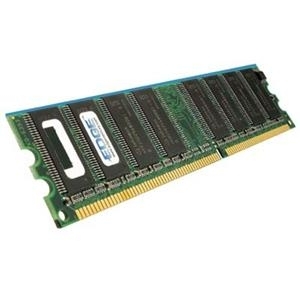 All about DDR SDRAM

RAM or Random Access Memory has become a household term. It has become synonymous with faster computers, mobiles and other IoT devices such as routers, Intelligent sockets etc. In RAM terms, more is generally considered better. However is it true? What are the factors that should be considered while buying RAM? For answering the fundamental question, we must understand the function of RAM. RAM is used by a processor to read information off a ROM (Read only memory), perform calculations based on the information, and then offload the results to a different area of a RAM. From here the data can be written back to ROM, the display can be updated and so on. Unlike ROM, once power is shut, the data in stored in RAM is lost forever. RAM acts as a High-speed interface between the slower ROM and much faster Processors. This whole arrangement can be found on our computers, laptops, mobiles and even routers.

The RAM type which was used widely is SDRAM standing for Synchronous Dynamic Random access memory. Over time, newer and faster versions have been introduced which has effectively quadrupled the speed of RAM since when it was introduced. The first generation of RAM was called DDR SDRAM which stands for Double Data Rate SDRAM. DDR SDRAM has effectively doubled the speed of its predecessor, the SDRAM. So suppose if the operating speed of a processor is 200 Mhz, the RAM will operate at 400 Mhz and so on.

DDR2 RAM was introduced to replace DDR RAM. DDR2 RAM uses a more complicated structure, smaller semiconductor sizes and higher clock speeds in order to achieve greater throughput than DDR RAM. Due to the smaller sizes of electronics used, the power consumption was also reduced. The maximum speed which can be achieved by DDR2 RAM is 1066 Mhz. However, 800 Mhz was mainstream, which offered good value for money.

DDR3 RAM is the next step in RAM evolution. With shrinking electronic components, manufacturers are able to put more RAM chips on the same size die. This means that a single RAM stick can have a higher capacity than the previous chip, at the same time, the power consumption has also reduced. With the clock frequency of 1066 Mhz, the maximum frequency at which a DDR3 RAM can work is 2133 Mhz.

DDR4 RAM is the fourth generation in RAM evolution. The die sizes are reduced further, power consumption has also reduced. Now a single RAM stick can have up to 32 GB memory. The theoretical maximum of DDR3 RAM was used as the threshold of starting frequency of DDR4 RAM. Since DDR4 is recently introduced, it is assumed that DDR4 RAM is yet to find it ceiling potential.

So, is it just that simple to open your computer, insert new RAM modules and experience double speed? The answer is no, because not only die sizes, more Chips and more pins are present on different versions, the voltage required by the RAM to work is also different.

In order to avoid confusion and preventing computer owners and system builders from making mistakes, JEDEC has advised that physical methods like notches shall be maintained to prevent RAM slots from accepting any other RAM other that what they are designed for.

This brings us to our final question. More is better or faster is better? Theoretically, 4 GB RAM of DDR2 RAM will beat 4 GB of DDR RAM. This is simply because RAM capacity is same but the effective operating of DDR2 is double that of a DDR RAM.

So in short, if you have deep pockets don’t skimp on RAM, Get the highest capacity and high-speed RAM.