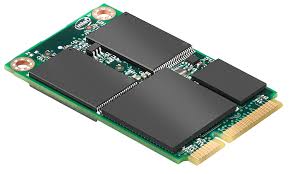 Greek myths “rest” in comparison with those that are about modern SSDs. Most people carry the facts, that were true during the SSD market introduction and technology development, to modern products. Let’s consider these numerous discussions and try to put an end to the matters relating to SSDs.

Here is the top of 5 myths about embedded SSDs.

Myth 1 – SSD is unreliable and has a short life

If earlier it was really so, then today the situation has changed dramatically. The drive with MLC technology will easily serve you for 4-5 years (and maybe more), even if you use it actively. Of course, there is a chance of getting the wrong disk (which is very small), and no one is safe from the fact that a drive might have some problems. In this case OCZ has a warranty program of ShieldPlus on which you can easily get a new SSD to replace a defective one. But it is unlikely to be in service to you. Do not be afraid that the SSD will not last you for long. Any other computer component will fail sooner than SSD.

Nobody force to optimize the Windows or OS X after installing SSD. And is it necessary? All tips for system optimization are advisory rather than mandatory, and aimed at advanced users who will be able to feel the difference.

Now most of the tricks like disabling the swap file are no longer relevant, and the rest of the system tips deprive some useful functions. Therefore, in the pursuit of operation performance and durability of the disc, users sacrifice the convenience and speed of the system that is not logical.

Of course, the pricing of the SSD depends not only on capacity but also on the type of a particular drive. For example, do not take more than 240 GB of storage for only office programs. As for processing video and work with 3D-intensive applications, you should have the one with speeds above 1500 MB / s and PCIe Gen.

So, today everyone can afford SSD to every taste and budget.

Today SSD-drives based on flash memory attract a lot of attention, even some think that in the future they will replace traditional hard drives. In some way, it’s true if it concerns the operation performance, because flash drives based on SLC memory (single level cell) easily outperform conventional hard drives. However, it turns out that after the installation of a flash drive, the battery life drops.

The hard drive reaches peak power only at the request of the data that are scattered on the disk surface. In the case of sequential read or write, hard drives do not need an increase in energy as compared to the standby mode, because it does not require an operation on energy consumption by movement of the magnetic heads.

The industry is looking for ways to improve the flash memory on the MLC-cells to produce more capacious solid state drives with a sufficient level of performance, but the algorithms of balanced distribution are more important than energy-saving mechanisms, in order not to have problems with reliability. While traditional hard drives can operate with relatively low power consumption when frequent head movements are not required, i.e. during sequential access to data, the power consumption of solid-state drives in this case is the maximum.

Advanced technologies support highly integrated software tools to monitor SSDs and the operational information. There are various solutions that can predict drive life. Moreover embedded designers are making adjustments to their designs for improving the performance and endurance.